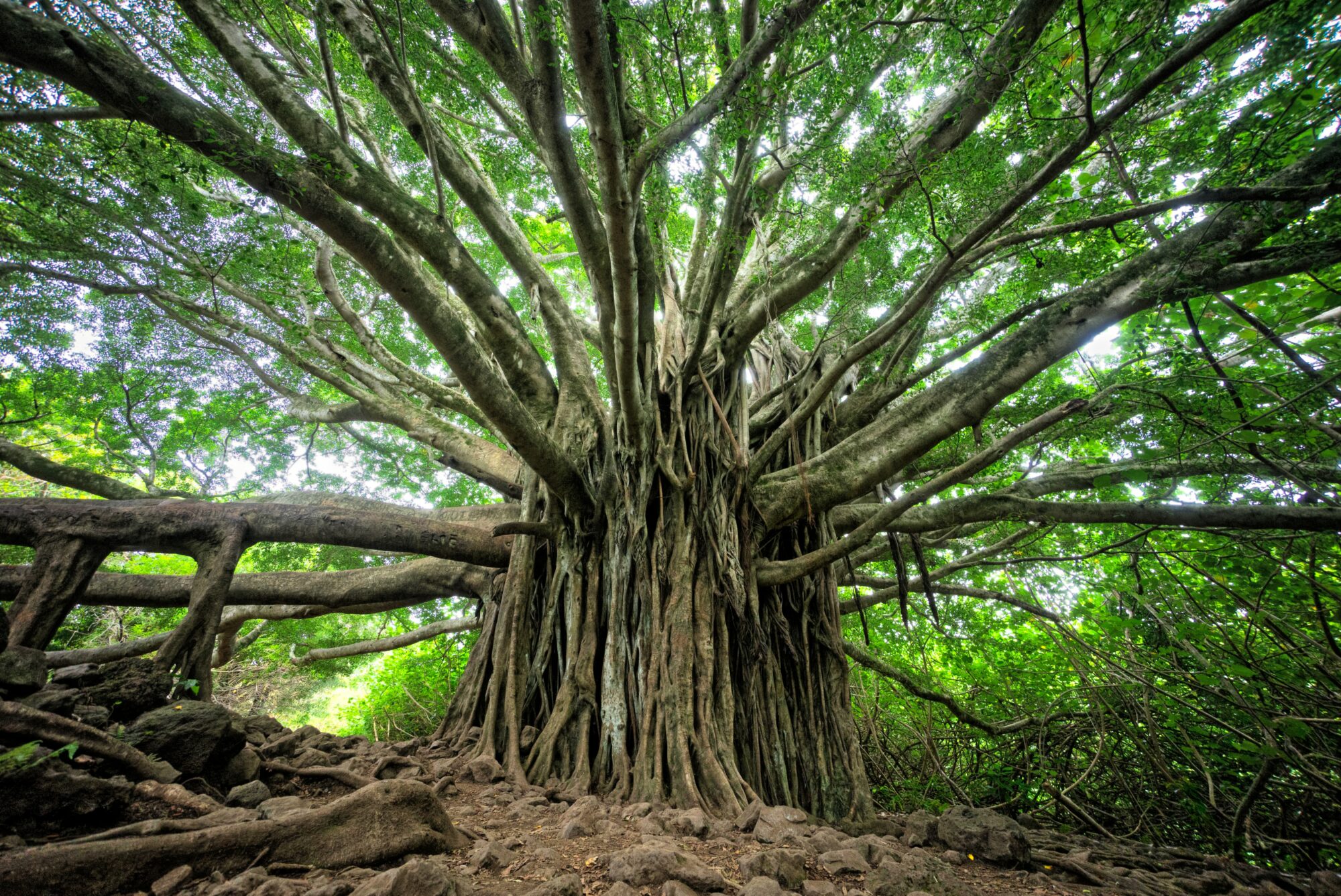 Can you make sense of this: Organizations worldwide spend $356 billion a year on leadership development efforts, yet 75% of organizations rate their leadership programs as being not very effective?

Despite billions of dollars spent to develop leaders, and numerous programs, the leadership gap continues.

Ryan Gottfredson’s new book, Success Mindsets, tackles these problems by focusing on the leadership mindset. I recently spoke to him about his research. Ryan Gottfredson, PhD., is a mental success coach and cutting-edge leadership consultant, author, trainer, and researcher.

Study: 75% of employees report their boss is the worst and most stressful part of their job

You focus on four leadership mindsets which we will talk about. And you certainly had some ‘awakening moments’ in your career especially moving from academia to Gallup that helped you see your own. How do leaders best develop a solid self-awareness of their current mindsets?

This is a challenge because, for most of us, our mindsets are not something that we are aware of. In fact, researchers have found that 90% of our thinking, feeling, judging and acting are driven by our non-conscious automatic processes. What drives our non-conscious automatic processes? Our mindsets. They dictate the information we take in, how we interpret that information, and consequently how we think, learn, and behave.

I am biased, but I think the best way for leaders to develop self-awareness about their mindsets is to take my personal mindset assessment. It is a free, 20-question assessment that allows one to learn the quality of one’s mindsets relative to more than 10,000 other people who have taken the assessment.

Across the 10,000 people that have taken my assessment, only five percent are in the top quartile for all four success mindsets that I focus on. This suggests that almost all of us have some self-awareness and mindset work to do.

By comparing one’s mindsets to others, the person taking the assessment gets rather objective feedback about the quality of their mindsets.

“How you think when you lose determines how long it will be until you win.” -Gilbert Keith Chesterton

If you study these mindsets, how do you develop one of them if it just doesn’t come natural to you?

Here is the great news: all of the research on mindsets is finding that relatively small interventions (e.g., watching a three-minute video, writing two paragraphs, going through a training) can shift our mindsets for up to two to four weeks.

For example, in one study, researchers found that writing two paragraphs about their goals and aspirations caused people to be more socially outgoing in a team setting, which in turn led to them having a higher reputation among their peers.

If a leader wants to more permanently develop a mindset that does not come naturally to him or her, they need to create a habit that activates and exercises their positive mindset neural connections on a repeated basis.

Let me give you a personal example.

I used to have a prevention mindset. This meant that for most of my adult life, my primary focus was on avoiding problems. My rationale was that as long as I didn’t take risks (e.g., take on debt, start a business), I could call myself successful. But, the reality is that led me to do what was easy, not what would help me fulfill my dreams and ambitions.

Then, one day, I was given a book, The Five-Minute Journal. Upon receiving it, I told myself, “There is no way I am journaling.” But, to be fair to the person who gave it to me, I decided to try it out. It has you write down three things every morning: (1) three things you are grateful for, (2) three things that would make today great, and (3) some self-affirmations.

As I did this, I was exercising my promotion mindset neural connections. More and more, my focus was shifting away from avoiding problems to reaching goals. I began to compete against myself: How can I outperform my yesterday?

As I regularly did this, I made the shift from being prevention-minded to being promotion-minded, leading me to write my book and start my business.

“To heal, you have to get to the root of the wound and kiss it all the way up.” -Rupi Kaur

How difficult is it to change a mindset?

I like to think of shifting our mindsets as being similar to learning how to count to 10 in a different language.

How does a leader with a growth mindset show up differently than one with a fixed mindset?

We possess a growth mindset when we implicitly believe that we and others can change, develop, and improve our talents, abilities, and intelligence.

We possess a fixed mindset when we implicitly believe that we and others cannot change, develop, and improve our talents, abilities, and intelligence.

When a leader has a fixed mindset, they see their world as being full of people that are either “haves” or “have nots.” Wanting to be seen as a “have,” they are primarily focused on looking good and validating their talent.

A classic example of fixed mindset leaders are Kenneth Lay and Jeffrey Skilling of Enron “fame.” What leads leaders like this to engage in fraudulent behavior? It is a belief that if they fail, they will be seen as a “have not.” So, to avoid failure, they chose instead to “cook the books.”

When a leader has a growth mindset, since they believe that people can change, grow, and improve, they are not concerned about looking good. Instead, they are focused on learning and growing. They see challenges, and even failure, as opportunities to develop themselves.

A leader that seems to have a growth mindset is Elon Musk. Recently, during the unveiling of Tesla’s new truck, a failure occurred when the shatter-resistant windows shattered. Did Elon take this as a signal that he was a failure? No. He saw it as an opportunity to learn, grow, and further develop his products.

“Where there is an open mind there will always be a frontier.” -Charles Kettering

What defines a leader with an outward mindset?

A great example to explain this is Benjamin Zander. Benjamin Zander is the founder and conductor of the Boston Philharmonic Orchestra. He readily admits that during the first half of his career, he operated with an inward mindset. His inward mindset caused him to see himself as being more important than those he led. With this mindset, he was primarily focused on his success and advancing his career. This caused him to see his musicians not as people but as instruments there to play the music the way he wanted them to play it, the way he thought would bring him notoriety. 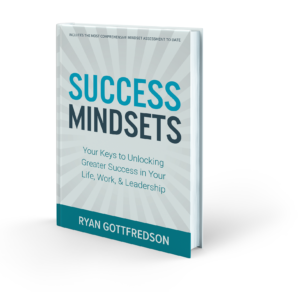 In his mind, he was trying his best. But, his best came at the expense of his musicians, and he was unable to realize it.

But, about halfway through his career, he had an epiphany, which was that a conductor doesn’t play a note. Even though they may be the face of the orchestra, they do not play a note. He says that this changed his mindset to an outward mindset.

“The greatest discovery in life is self-discovery. Until you find yourself you will always be someone else. Become yourself.” -Myles Munroe

Which approach do you think leads to the production of more beautiful music?

The negative mindsets are all short-term and self-focused.

This becomes easy to see when we look at the desires associated with the negative mindsets. They are the desires to:

On the surface, there doesn’t seem to be anything wrong with these desires. Who wants to look bad, be wrong, have problems, or get passed up? No one. But, here is the kicker. These are all self-focused desires. When we are self-focused, we have a hard time recognizing the impact of our decisions upon others. This is the exact opposite of an emotionally intelligent leader. This is why leaders can say that they are “trying their best” yet leave a wake of collateral damage behind them.

If we want to be a great leader, someone that others want to follow, it is essential that we develop the positive mindsets, and their respective foci:

When we have these desires we are able to operate in a more emotionally intelligent way, leading to greater organization advancement. 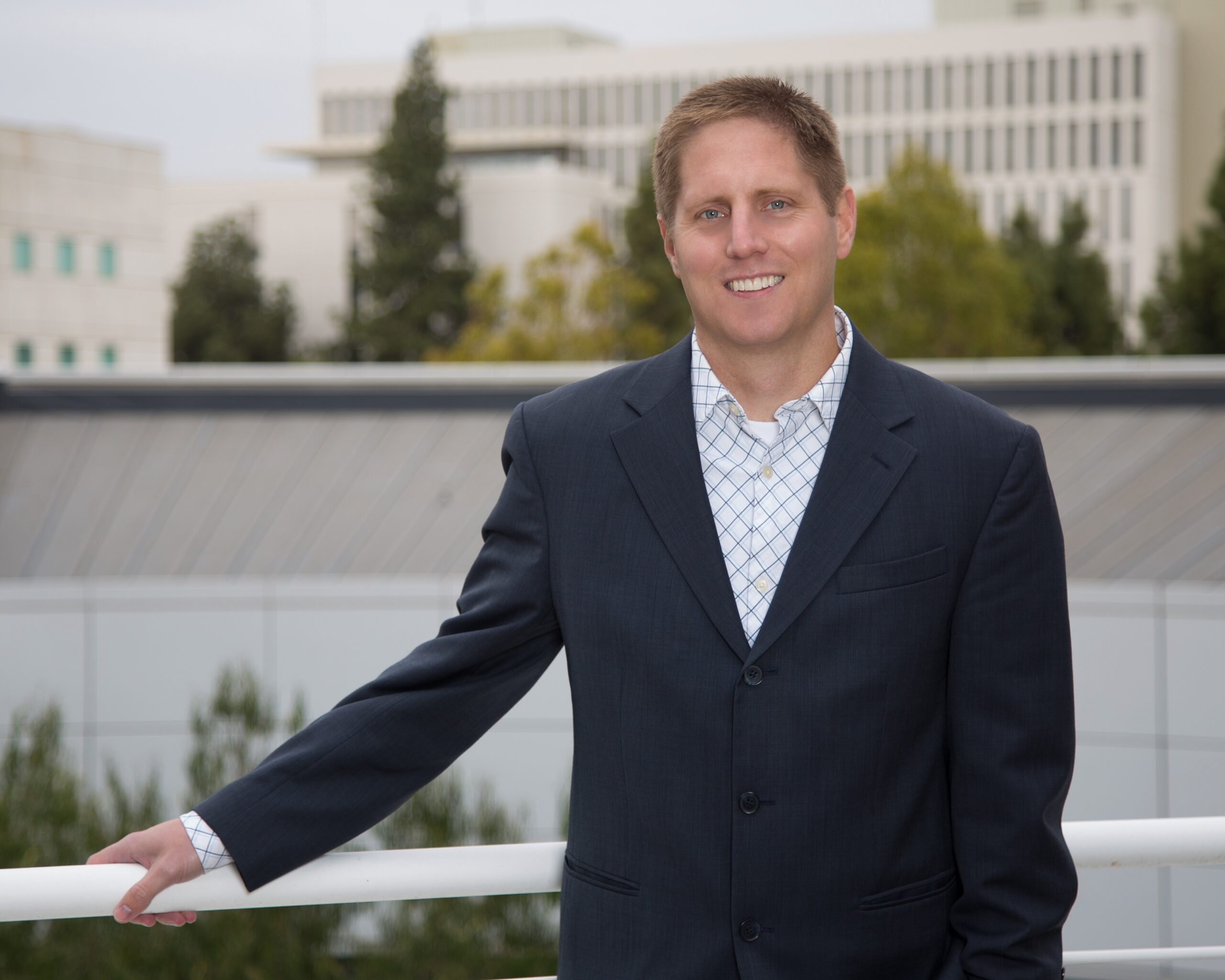 At the end of the book, you share your wife’s story about what she thought was a knee problem. It seems a fitting way to close the book and also this discussion. What can all leaders learn from her experience?

To summarize my wife’s experience, she was having knee issues that were limiting her from exercising. She was trying everything she could think of to address the issue. She would ice her knees, wear knee braces, and engage in physical therapy exercises. But, nothing seemed to work.

In the midst of this, she went to a podiatrist to get fitted for orthotics. After looking at the x-rays, her podiatrist informed her that her knee problems really weren’t knee problems. She had some issues with her feet that resulted in her knees compensating for those issues.

After treating her feet issues, her knee issues went away.

This relates to leadership because it is the leaders who are driving the negative leadership statistics above who are likely misdiagnosing their problems and frustrations. Because they believe they are doing their best, when they have problems, they are quick to blame others.

But, the more likely reality is that they are unaware of their mindsets that are causing them to process and behave in ways that they think are “best,” but are really suboptimal.

The moral of all this, and of my book, Success Mindsets, is that if we can (1) awaken to our mindsets that are subconsciously driving 90% of everything we do, and (2) improve our mindsets, we will be able to unlock greater success in our life, work, and leadership.