Proven Leadership Principles to Elevate Others to Success 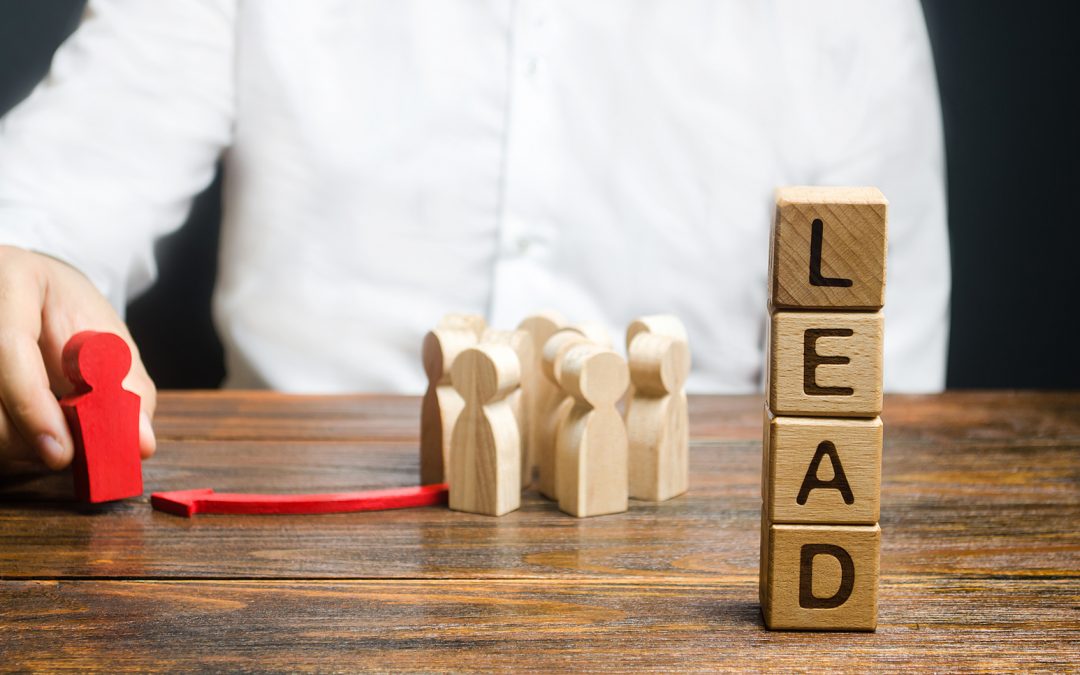 Leadership is Not a Title

Do you remember how it felt when you got that promotion that also included a Manager, Supervisor, or Executive title? Chances are, you felt pride, a sense of accomplishment, and a bit of excitement.

While there is nothing wrong with having a new title, there is a good chance it’s hurting your ability to effectively lead. Titles are dangerous for those who hold them because they create a distraction away from the actual responsibility of leading others.

I spent some time with John Eades, the author of Building the Best: 8 Proven Leadership Principles to Elevate Others to Success to learn more about how the best leaders effectively lead in an effort to help you. John is the founder and CEO of LearnLoft, a leadership development company.

I’m always interested in what sparks a study of leadership. What was it that started you on an exploration of leadership?

Unfortunately for those I was leading, it was my failure. I assumed because I had been a captain of sports teams, a class president in school, and consistently took the lead role in projects at work, I would be a phenomenal leader. The opposite was true. I failed so badly in my first formal leadership role, one of my former colleagues said to me on her last day, “I didn’t know where we were going; I didn’t know how I was helping us get there, and I didn’t know what I was supposed to be doing.”

At that moment it hit me between the eyes that the problem wasn’t my team, the problem was me from a leadership perspective. I decided at that moment that I was going to do everything in my power to help make sure that it didn’t happen to other people.

“Bad leaders stay in power because of fear and hierarchy.” -John Eades

The Costs of Bad Leadership

What are the costs of bad leadership? If the costs are so great, how do so many stay in power?

The main cost of bad leadership is financial. In our research at LearnLoft, we estimate one bad leader costs a company between $100,000 and $115,000 a year due to higher than average turnover, low employee engagement, and an overall lack of productivity.

Unfortunately, the costs are much deeper than just financial. The people who are led by bad leaders rarely reach their full potential, and they have a terrible model of leadership that many end up emulating later in their careers.

The answer to why so many bad leaders stay in power is complicated, but it stems from the fact that fear and hierarchy are strong deterrents. The amount of time, energy, effort, and resources it would take to remove them can be a big mountain to climb. Most people choose not to climb it. Talented people choose to leave, leaving average to below-average performers to remain.

“Leaders who use the elevate style of leadership, see an 11% decrease in voluntary turnover and a 14% increase in employee engagement.” -John Eades

Talk a little about the interrelationship between love and discipline.

What we found in our research studying over 40,000 organizational leaders is those leaders who simultaneously use high levels of love and discipline are the most effective. Leaders who lead like this are using what we call the “elevate” style of leadership. Not only do leaders with this style of leadership get the best results over the long term, but on average, they see an 11% decrease in voluntary turnover and a 14% increase in employee engagement.

While these numbers are attractive for most organizations, leading like this is anything but easy. But if you don’t use love, you won’t connect with people to get their best possible performance. If you don’t use discipline, you aren’t going to get anyone to levels they didn’t think possible. If that weren’t enough, it’s tough to be tough on people, and it’s tough to love people when you don’t feel like loving them.

“The best leaders use words that are clear, concise, and conclusive.”-John Eades

What are some of the key ways leaders can influence the culture? 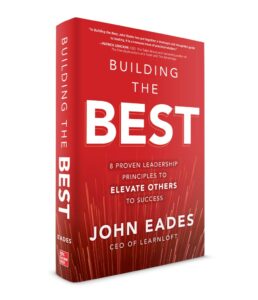 Most professionals have heard and agree with the famous Peter Drucker quote, “Culture eats strategy for breakfast,” and for a good reason, it’s true. What most people miss, is that it’s a leader’s job to help create and develop an elite culture in their workplace. Here is the best part, elite cultures in companies like Chick-fil-A, Callaway Golf, and Movement Mortgage don’t have a patent on them.

Every company and the leaders within it can influence their culture in a positive direction by focusing on safety, unity, positivity, and energy. The element I want to cover is energy. My favorite story about influencing energy into a culture comes from P.J. Fleck, the University of Minnesota head football coach. When he was hired by the University to help turn around its college football program, he brought a never give up mantra called “Row the Boat” with him. Row the Boat has three parts. The oar is the energy you bring to your life, the boat is the sacrifice, and the compass is the direction your life is headed.

Culture doesn’t change overnight, but if leaders aren’t influencing it positively every day, it will start going in the wrong direction.

“Elite cultures in companies like Chick-fil-A and Movement Mortgage don’t have a patent.” -John Eades 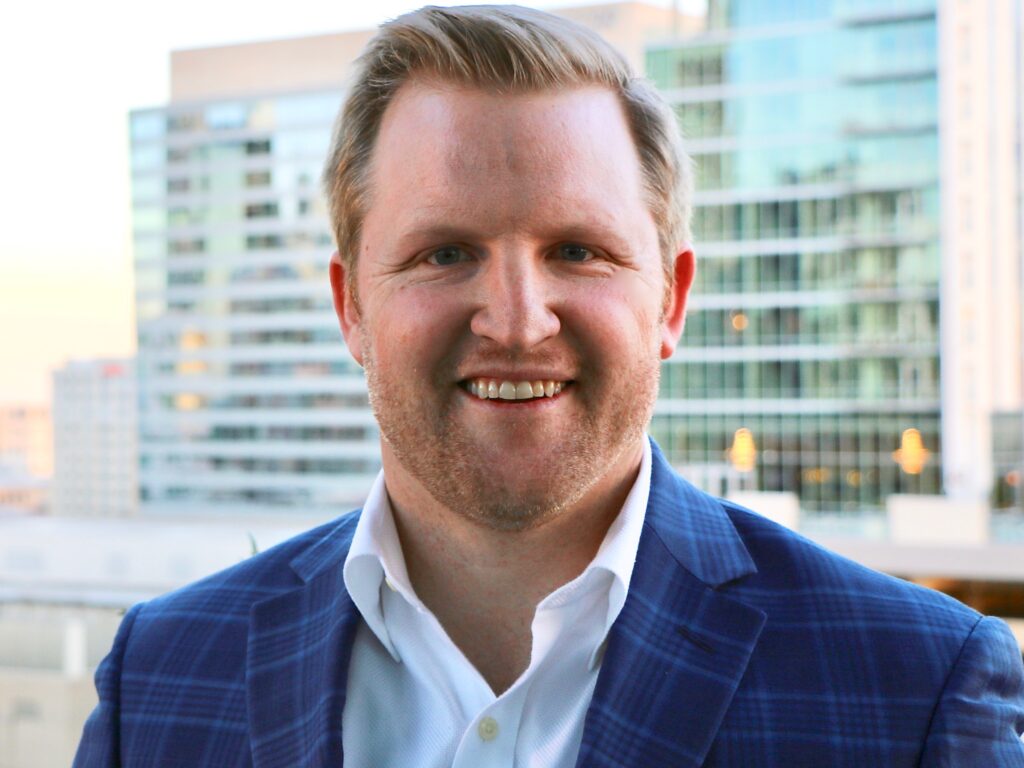 You share a great deal on communication. What ways do many leaders get it wrong? How do you encourage leaders to communicate with power?

Most leaders make two common mistakes when it comes to communication. First, they believe their words are all that matter. A leader’s actions and behaviors will always be more important than the words they use in a speech or an email. The second mistake they make is thinking about themselves when communicating instead of their audience. Communication has more to do with the audience than the person doing the communicating.

The best leaders leverage what I call the 3 C’s of Successful Communication. Their words are Clear, Concise, and Conclusive. The first two C’s, Clear and Concise, are relatively straightforward. The one that will help leaders communicate with power is Conclusive.

The human brain is constantly thinking about whether or not what it is reading or listening to is going to help it survive or thrive. In other words, if what you are communicating isn’t connected to helping your audience survive or thrive, they aren’t going to pay attention for very long. While this can be tricky and difficult to master, you have to be intentional about using your words in a conclusive way that helps the recipient determine the potential positive or negative outcome of their response.

Leadership Tip: Leaders with an elevate style see an 11% decrease in voluntary turnover and a 14% increase in employee engagement.

What are some of the qualities you consistently notice in great leaders?

The qualities all great leaders share goes right back to the definition of leadership. They inspire, empower, and serve others consistently. It doesn’t matter how they are feeling or what challenges are in front of them; they are consistent in finding ways to live out these qualities every day.

The best part is they can be learned and developed by anyone, even me and you.

For more information, see Building the Best: 8 Proven Leadership Principles to Elevate Others to Success.

9 Scientific Reasons It May Be Time to Give Up

Beware the Mountain of Should

Aim Higher: No shortcuts to success with Annika Sörenstam

Wait, I'm the Boss?!? The Guide for New Managers to Succeed

Want to accelerate your team's success?

Subscribe today and receive a free gift. Here are 25 actions Skip uses for his own team! Get 25 Team Actions for Winning Teams free when you sign up to receive blog updates via email.

Want to accelerate your team's success?

Subscribe today and receive a free gift. Here are 25 actions Skip uses for his own team! Get 25 Team Actions for Winning Teams free when you sign up to receive blog updates via email.