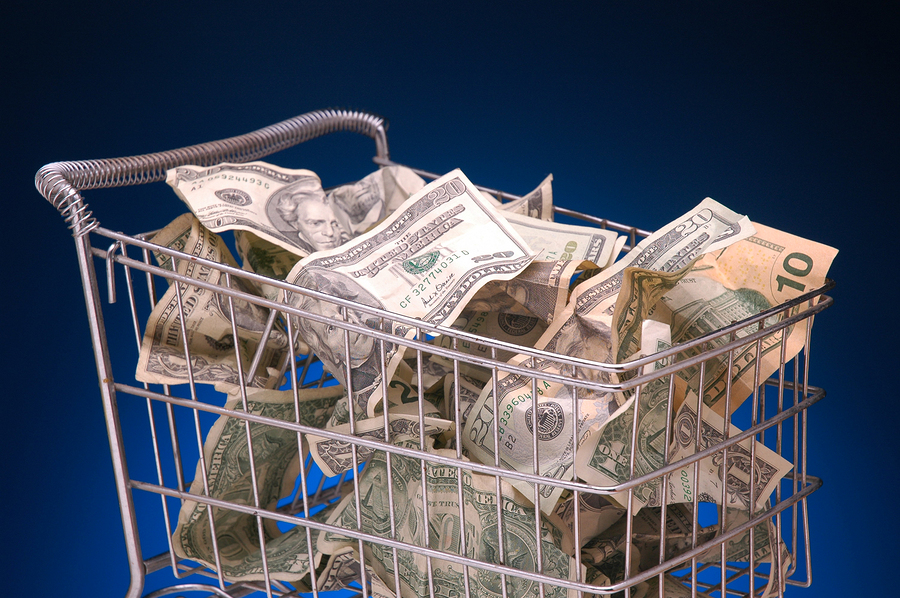 How do you feel about bagging your own groceries?

You do put the grocery cart back in the parking lot, right?

Pump your own gas?

Do you book your own travel?

I do all of this. And I never gave it a moment’s thought. That is until I read Craig Lambert’s new book Shadow Work: The Unpaid, Unseen Jobs That Fill Your Day. Businesses have somehow shifted the model, moving work from them to us without us even knowing. How this happened and its implications are fascinating.

I spoke with Craig about his observations about the fascinating world of what he calls “shadow work.” Craig served as a staff writer and editor at Harvard Magazine for more than two decades.

Are You Unknowingly Working for Someone Else?

Define this new term for us: shadow work.

Shadow work includes all the unpaid jobs we do on behalf of businesses and organizations.
Once you define it and explain, it seems so obvious. It makes a light bulb come on. What made you aware of this concept and decide to write about it?

One night while waiting in line to check out at the supermarket, I noticed an attorney I knew slightly, about twenty feet away. She was a senior partner in a downtown firm, definitely earning a big paycheck—well into the six figures. Yet there she was, scanning and bagging groceries. She was doing this at a self-serve checkout, for her own groceries, of course. Yet she was still doing an entry-level job, one that pays around the minimum wage. And she wasn’t even getting the minimum wage; she was getting nothing at all, working for free. This was the first instance I’d noticed of what I’ve come to call “middle-class serfdom.”

I started thinking about other places where the consumer is working for free, often doing jobs that used to be done by a paid employee. I realized that there are many examples of this, most of which have appeared in recent decades. And that the phenomenon is growing. I started to see that there was a broad social trend afoot, and that “shadow work” was an apt name for it.

Shadow work is the unpaid work we do for businesses.

Give a few examples of shadow work.

The instances are legion. The most obvious ones are pumping our own gasoline and scanning and bagging our own purchases at supermarkets and drug stores — as well as retailers like Home Depot. Travel involves self-check-in at airport kiosks, plus maybe printing your own baggage claim and fastening it to your luggage. Of course, you printed your own boarding pass on your home printer before even leaving for the airport, and you traveled using an Uber driver instead of a taxi, becoming an unpaid taxi dispatcher in the process. You even booked the trip yourself on Kayak.com or another online travel site.

At home, we pick up some of a doctor’s work by consulting WebMD or Wikipedia for diagnostic help. (Physicians, too, go to these sites for current information.) A self-serve home pregnancy test takes the medical lab out of the equation. When the child arrives and reaches school age, many parents drive the youngster to school, becoming unpaid school-bus drivers. Then they become shadow-working coaches and referees for organized youth sports teams. 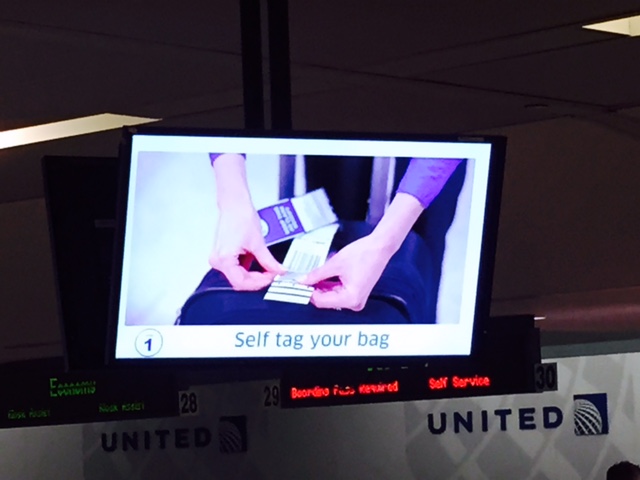 Why We Agree to Shadow Work

Most of us don’t believe we are “above” the work and just serve others. On the other, you’re right. We are scanning our groceries, finding our own items, and returning our own carts. The people who used to help us have vanished. Why don’t we complain? Is it because we don’t want to appear that we are “above” it? Is it because it has crept up so slowly we don’t notice?

We don’t complain for a variety of reasons, and you have hit upon a couple of big ones. The United States has a democratic ethos, so people in general don’t want to look like they consider mundane tasks “beneath” them, even if that is how they actually feel.

This is true in the supermarket parking lot, where we wheel carts back to holding pens, and in the workplace, too. Shadow work creeps into the office environment as support staff disappears due to downsizing and the replacement of people by information technology. Today’s secretary neither makes coffee nor greets the boss because she is a smartphone, not a person. Handheld devices now do most all the things that executive assistants once did: screen phone calls, handle incoming and outgoing calls, send letters (now known as email messages), keep an appointment calendar. Even senior executives find themselves typing, printing out, and mailing their own correspondence or making photocopies. It does democratize the office, but many economists would question the efficiency of having highly paid employees handle this kind of routine task that requires minimal skills.

Are we subsidizing businesses by doing all of this work? It’s not just grocery stores, though your book includes a fascinating history of them. You mention companies such as Facebook and say the entire business model is based on shadow work. 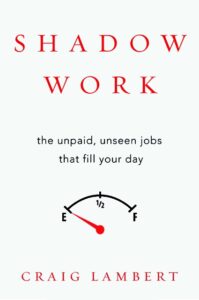 Shadow work has grown and it will continue to increase due to the economic incentives involved. No right-thinking capitalist can fail to see the advantages of having customers do a job for nothing instead of paying employees wages and benefits for doing the same thing.

So in that sense, shadow-working customers are indeed subsidizing businesses — and schools, youth sports leagues, and nonprofits. We cannot regulate shadow work out of existence as long as the positive incentives for it remain in place.

Information-driven businesses like Facebook and Yelp! rely on unpaid users to generate essentially all of the content for their sites. This content, and the users who frequent the sites, are the main reason advertisers have an interest in buying access to their pages. When Facebook went public a few years ago, some of the users asked, “Hey, where’s our cut?”

Has your productivity been robbed because of shadow work?

Where else do you expect to see shadow work expand?

Technological progress will enable more and more sectors to institute shadow work by customers. Jobs that require minimal skill sets or training are vulnerable. It doesn’t take a long time to learn how to book your own air travel online, and you are taking over for a travel agent when you do so. (Many customers don’t realize, however, that travel agents consult a different, and more powerful, database than those available to consumers; they use a Global Distribution System interface. Professional travel agents never look at Expedia.)

It’s not only entry-level jobs that are threatened by shadow work. Customers can now download many types of legal forms online — leases, contracts, wills. You can fill these out yourself, becoming a shadow-working lawyer and saving some hefty legal fees. Perhaps you will hire an attorney to review the document to be sure all details are correct — a kind of “lite” lawyering. For a variety of reasons, applications to law schools have been trending downward for a few years, and one factor may be that lawyers now compete for work with people who used to be their clients.

If time be of all things the most precious, wasting time must be the greatest prodigality. -Ben Franklin

Do you expect that, once realized, there will be a backlash against shadow work? We must spend enormous time and energy on this. We are losing our time to tasks that are making us busier and more stressed.

Well, we will see what happens as shadow work continues to grow and take an ever-larger bite out of our free time. At some point the citizens may say, “Enough is enough: I want my leisure back!”

My whistle-blowing book is the first one to identify this phenomenon and label it. There hasn’t yet been any economic research measuring how many jobs are being lost to shadow work.

Of course, there are many who happily choose shadow work. They may feel that doing it themselves gets them out of the gas station, or the home-improvement store, faster. Others many actually prefer minimizing their interactions with people. There’s an online food delivery site called GrubHub that advertised a slogan, “Everything great about eating combined with everything great about not talking to people.”

Shadow work is big, but it’s not a monolithic trend. There are signs of backlash cropping up on the business side. In 2013, Ikea announced that it was removing self-serve cashier kiosks in its American outlets, citing lengthier checkout times and a diminished customer experience.

“There’s never enough time to do all the nothing you want.” -Bill Watterson

In 2011, the Big Y supermarket chain chose to eliminate their self-serve checkouts, which had been in place since 2003. Big Y, which is based in Springfield, Massachusetts, cited theft — both intentional and unintentional — as one factor. The scanners and customers, for example, could not always distinguish the correct species apple being purchased. Furthermore, electronic shoplifting is a severe problem for a low-margin business like grocery retailing. Bewildered customers also clogged up the self-serve lines, making robotic checkout actually slower than cashiers. “Big Y concluded that their self-checkout technology simply could neither improve nor replace the value of a friendly cashier who is able to personally help each customer in their [sic] lane,” the chain declared in its written statement.

Shadow Work: The Unpaid, Unseen Jobs That Fill Your Day